Before, I begin, let me clarify things a little. I have not really moved from Ubuntu to Windows recently. I made the transition long time ago, what I am here to tell you is that, I don’t think there are really all very compelling reasons to move from Windows to Linux(for me and people like me). 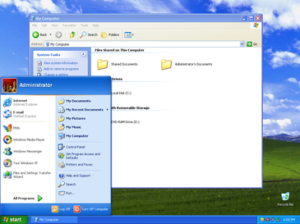 I have been using Ubuntu on and off since the very beginning when I first stumbled upon it while in university. I have used multiple Linux distros, but I always keep coming back to Ubuntu. There was a time when Ubuntu was my primary driver. This was the time when I had quit my job to work on my startup. I had turned my old Windows XP (yes, that’s right, XP!) into a Ubuntu machine because I didn’t want to spend money on upgrading my hardware or the operating system to Windows 7. Plus, I didn’t really like windows 7. I used it for a couple of years until I needed to move around with my work so I bought a macbook which I absolutely loved!

However, my desktop operating system was still Ubuntu Desktop, while I used Centos Server for work. I have never liked Centos, the any variant of it – we used Redhat in University and I used Fedora for desktop for a little while. At that time, I thought, I will never in my life ever move back to Windows for anything. I even installed Ubuntu on my parents desktops. They were okay with it. Didn’t get many complaints.

As time went by, I upgrade my macs, and with every update, I became sadder and sadder. During that time, I had moved from Iphone and Android and was shocked at how well Android did things that IOS just coudn’t. I was tempted with Windows 8 after using it on my sister’s laptop, but I needed to the *nix experience because of my work. I had completely stopped using Ubuntu Desktop at this point. However, I had moved all my servers to Ubuntu.

Then came windows 10, and also the update to Mac OSX, which I don’t remember what it was called, but I clearly remember thinking, “IS THIS A F*CKING JOKE?”

Then I finally decide do take the plunge into windows. The touch screen, the new browser, the new menu system, the promise of Universal Apps(sadly this didn’t come to fruition). Everything about it felt better than Macs. Initially, for about a month or so, I regretted my decision because I finally realized how dependent I was on *nixy  commands. I tried to manage with cygwin, but truth be told, it was just awful. Crashes and bugs and just a whole long list of disappointments and endless frustration and workarounds.  But I stuck with it.

I converted my shell scripts to python scripts for my dev work. And it was going okay. 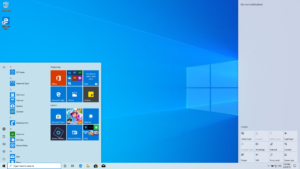 Meanwhile, evernote had started to fail me with constant crashes and multiple changes to UI, and I decided to switch to OneNote. Up until now, I was always looking for an excuse to use my digital pen. But now, with one note, I rediscovered (and in some sense had to relearn) the joy of writing. I will never ever go back to MacOs, or even  think about going back to it unless and until Macos has touch screen capability.  I was already sold on having touchscreen on a laptop, but now with one note, things got to a whole new level.

Then came Bash on Ubuntu on Windows 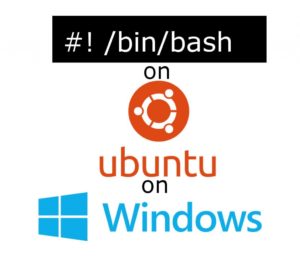 You can read about my excitement here: Ubuntu on Windows. This started to change everything. With the Windows Subsystem for Linux (WSL), I could start using some of my shell scripts again. SSHing to severs was easier, and my workflow became fun and my productivity just sky rocketed.

Then, (from what I remember), the WSL was separated from “Bash on Ubuntu on Windows” as a standalone thing with Ubuntu becoming a downloadable app from the Windows App store and other Linux distros were also introduced. 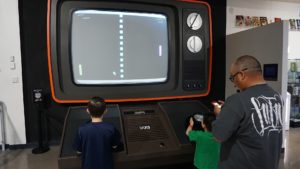 After a long period of thinking “I have outgrown games”, I bought an Xbox One and rekindled my love for video games. Still not satisfied, I decided to build myself a gaming PC. Let’s be honest here, Windows is the best place to game on out of all the desktop operating systems.

SSH client is now natively built into windows, so I find myself using less and less of Ubuntu on Windows. 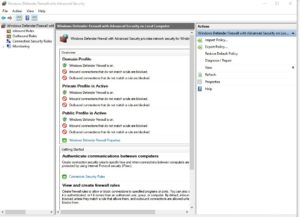 One thing that Windows has that Linux does not is a built in application level firewall. No, iptables is not enough and yes I do use iptables on some of my servers and UFW on other servers. Windows Firewall is THE BEST builtin out of the box firewall out of all the operating system I have used in my life. Paired  with something like Windows Firewall Control, I can have a very customized firewall, something that I have not found any other free or paid firewall do well.

Windows Subsystem for Linux version 2 is coming and it could not have come at a better time. WSL 1 was like a translator between common Linux commands and the Windows Operating system. BUT, WSL 2 will be an actual real Linux kernel – THAT’s RIGHT! Windows will now ship with a Linux kernel. It will be a virtual machine, but Microsoft is saying, without the slowness of a typical VM. I assume they will be doing some sort of optimization to make this happen.

I was using Hyper V to get Docker working on Ubuntu since WLS 1 is not compatible with Docker. (Yes, I can use docker on Windows too). I do have Ubuntu installed on one of my desktop hard drives which I use when I feel like having a change. Recently, I found myself contemplating moving my work back to Ubuntu  Desktop, mainly because of consistency. I will not have to switch from git on windows to git on ubuntu or windows desktop to Ubuntu server etc.. etc…

I even tried it on Ubuntu Desktop for a few days. I missed Windows – I love Windows. With WSL 2, I hopefully will not have any reason to doubt calling Windows 10 my home.

So these are my reasons for using Windows Desktop. Working, note taking, gaming and just general ease of use, IMHO Windows 10 is currently the best desktop operating system.